Tourist Arrival Up In Bhaktapur 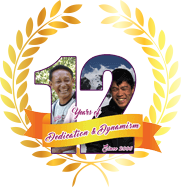 The Tourist Information Centre states highest number of tourists from China, followed by India, America, France, Spain and others

Many years ago, we met through one common friend,since that moment we start to work together. We became friends and after that more than this, we became brothers. But, the most important thing in our relationship is that our guests beacmae a big family within us.Thanks to you Robin, and to all the Amitayus Trekking family, for your awesome job, dedication ,spirit and professionalism. Ever with you smile in your faces!!

Dear Robin, You organized over 50 trekking for us, with unrelenting attention and quality. You are as reliable as a Rolex and a good friend.

Thinking about Robin and his team: a warm and caring family, delivering you the best in class experience in the Nepalese Himalaya.Always standing by and fully committed to give you a maximum feeling of environment and amazement.His feeling of happiness depends on your feeling of gratitude. Very trustworthy.

Amitayus Trekking gives you the guarantee of professional guided trekking all over Nepal. I have a lot of experience myself with the groups as a tour leader and during numerous private trekking.I always felt at ease with the Nepali staff. I was taken care of and we enjoyed walking together. So go for it.

When you travel in Nepal together with Amitayus you can be sure that your trekking will be more than just a trekking.Robin knows by heart what hospitality means. He has the ability to make you feel welcome and he translates your wishes in a unforgettable travel experience. Once on the way; the trekking staff will give you a real Nepal experience since they have lots of experience,knowledge are committed, reliable and warm hearted.

Since 2007 we are organizing group travels to Nepal, always together with Amitayus Trekking and our good friend Robin Chamlin. Over the years our work-relation developed into a friendship due to Robin's professionalism, costumer focus, friendliness and openness. On our various trips in Nepal we got to know him as a reliable, trustworthy and qualified partner. We never faced problems which weren't solved quickly and competent. Not just himself, but also his staff show a high grade of professionalism and costumer focus. We have great trust in Robin and his whole team and we are looking forward to many years of successful collaboration and never ending friendship.